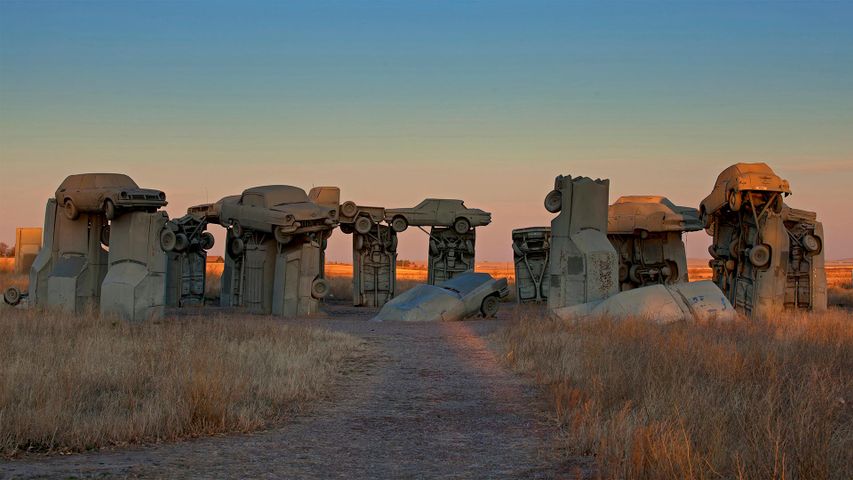 Kitsch collides with archaeology at Carhenge. Road-trip worthy attraction in the heartland

Today we’re visiting Carhenge, a popular roadside attraction in western Nebraska. Carhenge is the passion project of Jim Reinders, who came up with the idea to memorialize his father. Like Stonehenge, Carhenge is a glimpse of culture now past—the heyday of the American automobile. While living in England, Reinders studied Stonehenge's structure, which allowed him to replicate the formation using 39 vehicles, including cars, trucks, and even one Jeep. Reinders and about 35 family members built the attraction in June 1987. And with another nod to Stonehenge, they dedicated it on the summer solstice that same month. Since then, more than 60,000 people have visited the attraction and it’s appeared in music videos, TV shows, commercials, and even on an album cover.

'Rocky Shore, Bermuda,' watercolor by Winslow Homer, 1900. From the collection of the Museum of Fine Arts, Boston

View of the Florence Cathedral from the tower of Palazzo Vecchio in Florence, Italy