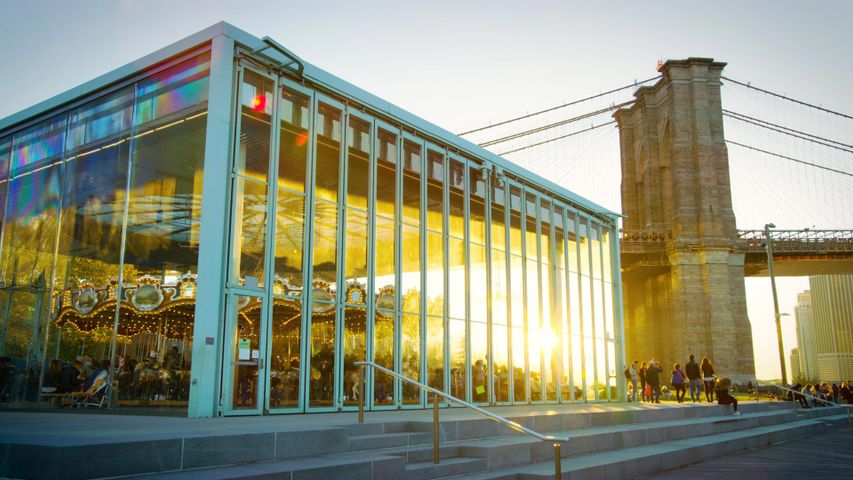 National Merry-Go-Round Day brings us to the Brooklyn waterfront, home of Jane’s Carousel, a merry-go-round that’s been delighting riders for nearly a century. Its story starts in 1922, an era of speakeasies and flappers and a booming time in carousel history, when the rides were a symbol of a community’s prosperity. Jane’s Carousel was built in Idora Park in Youngstown, Ohio, a steel city.Like many carousels produced in that time, the ride eventually fell into disrepair. It was damaged in a fire and Idora Park closed to the public in 1984. That’s when New York couple Jane and David Walentas bought it for $385,000 at auction and shipped the carousel to Brooklyn for a waterfront restoration project. The carousel was painstakingly restored over a period of 27 years—a project overseen by Jane herself. It’s now housed in a glass ‘jewel box’ pavilion designed by Pritzker Prize-winner Jean Nouvel at Brooklyn Bridge Park. The cost of the entire project totaled $15 million—a testament to the love that Americans have for these nostalgic rides.

Splashes of color for Watercolor Month

Village of Reine on Moskenesøya, Norway

Detail of the inside of a sunflower