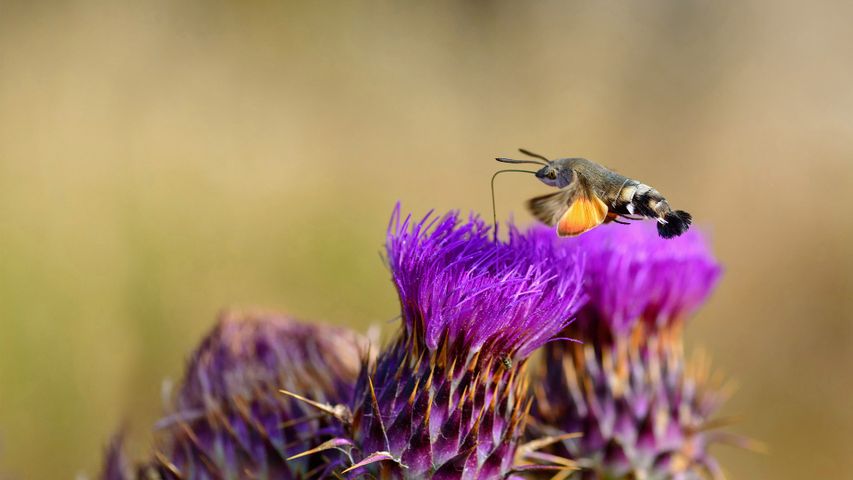 In the Lepidoptera order of the animal kingdom, it’s butterflies who get all the glory. But we’d argue it’s their relatives, moths, that have the better story. With more than 160,000 species of moths around the world, moths outnumber butterfly species roughly 10 to 1. While most are nocturnal, the hummingbird hawk-moth on our homepage today breaks the mould. Found throughout Africa, Asia, and Europe, it’s shown here in the daylight of southern Sardinia, sipping nectar with its a straw-like appendage known as a proboscis. Like a hummingbird, the moth makes a soft buzzing sound as it hovers over the flowers whose nectar it feeds on exclusively.On National Moth Week, held each year during the last week of July, ‘moth-ers’ all over are encouraged to be citizen scientists. You can participate by looking for moths in their own backyard and documenting your findings online. Happy ‘mothing’!