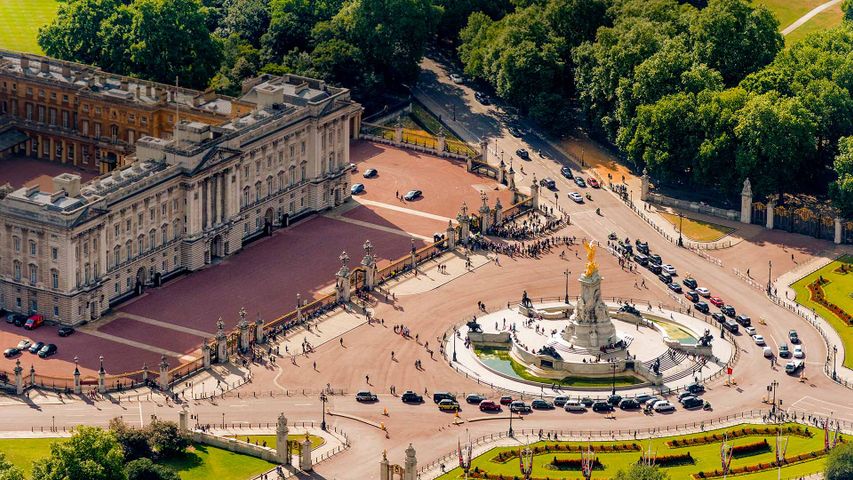 In today's image, we're featuring a view of the East Front of Buckingham Palace and the Victoria Memorial to highlight a seasonal event and a historic one. On Friday Buckingham Palace began its official summer tourist season, offering visitors a chance to tour the magnificent state rooms used for official and ceremonial events in this working royal residence. This year, to mark the 200th anniversary of Queen Victoria's birth, visitors can also see artifacts from her reign and artwork depicting her life at Buckingham Palace in a special collection called Queen Victoria's Palace.Queen Victoria and Buckingham Palace are closely associated. In 1837, the recently crowned Queen became the first monarch to live here and, as her family and empire grew, she renovated, redesigned, and extended it, turning it into one of the most-recognized palaces in the world. The East Front and the royal balcony, where the royal family makes appearances on major occasions, were added by Victoria. The Victoria Memorial, which includes a statue of an enthroned Queen Victoria, a gilded Winged Victory, and other symbols of Victoria, didn't exist during her reign—planning for it began less than a month after her death in 1901.