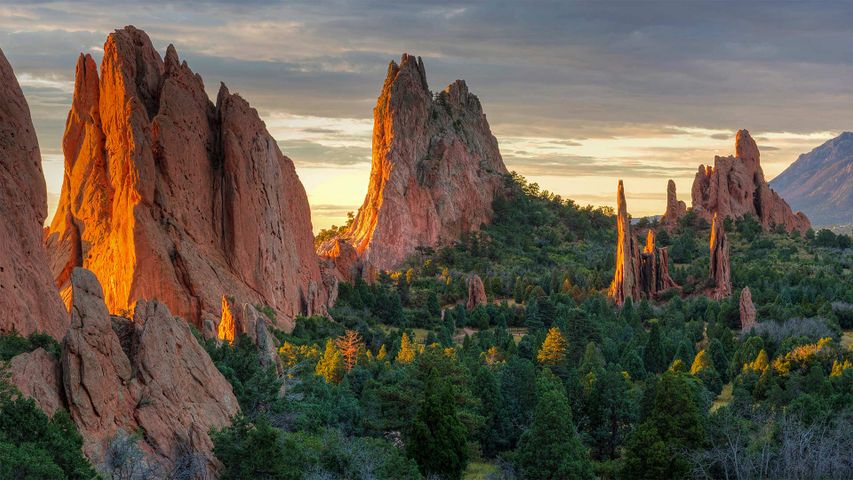 The empyrean edge of Colorado Springs. A place fit for the gods

Perhaps it was inevitable that this park on the western edge of Colorado Springs was named Garden of the Gods. One of the surveyors who established the city was so struck by the beauty of the rock formations here that he thought it a suitable setting for the gods to assemble, and so lent the spot its name. But the native Ute people also have divine associations with the area, which their creation myth names as the place where all life began. Today, it’s a popular public park and National Natural Landmark. Because it’s within the city limits, locals and visitors alike can get a heaping dose of nature without having to travel far from civilization. If you stroll by any of the rock formations here, you’re likely to see a climber or two scaling the red and pink sandstone walls—or ‘fins’—that give the park its distinct look.