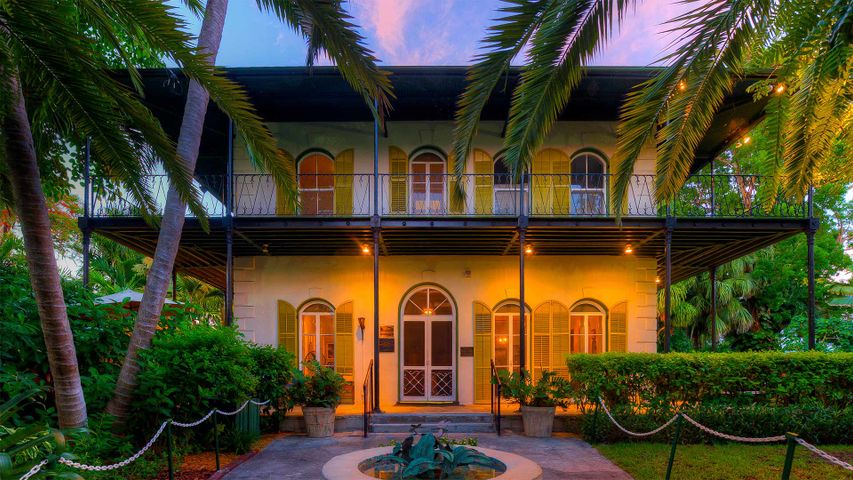 We’re in Key West, Florida, for Hemingway Days, the annual celebration of beloved local hero and author, Ernest Hemingway. The Nobel Prize winner was also an adventurer and outdoorsman who enjoyed fishing and drinking here—in addition to working on several books including ‘To Have and Have Not,’ which takes place in the coastal town. And no trip to Key West today is complete without visiting the Spanish Colonial that he called home. Built in 1851, Hemingway lived here in the 1930s. Though the house was in disrepair when he and his second wife, Pauline, took ownership, the two restored the home and even installed a swimming pool—at the time the only in-ground pool in 100 miles. The house is now a National Historic Landmark and museum.

At the Wilshire Boulevard entrance to the Los Angeles County Museum of Art, Los Angeles, California