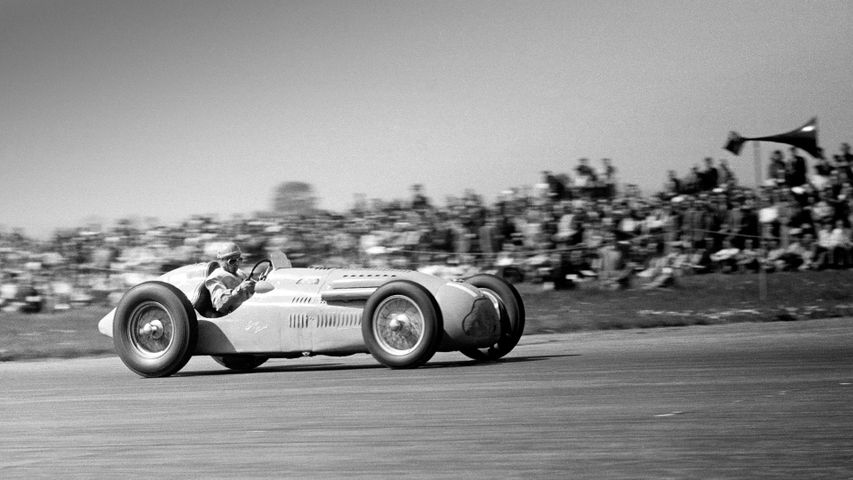 Start your engines. Speeding around Silverstone

The British Grand Prix is a staple of the F1 calendar. It's the oldest race in the sport and just one of two Grands Prix to have been staged during every season of the Formula 1 World Championship (the other being the Italian Grand Prix). The 1950 race at Silverstone, which features on our homepage today, was the inaugural Formula 1 event, held on a circuit marked by hay bales and ropes. It was estimated that over 100,000 spectators lined the track on the day of the race, including King George VI and Queen Elizabeth, the Queen Mother – the only time a reigning monarch has attended the race in Britain.After spells alternating with Aintree and Brands Hatch, Silverstone has been the British Grand Prix's permanent home since 1987. The circuit, which straddles the Northamptonshire and Buckinghamshire border, is built on the site of a World War II Royal Air Force bomber station. The airfield's three runways, in classic WWII triangle format, lie within the outline of the present track.

Kaillie Humphries and Heather Moyse of Canada compete in Canada 1 during the Women's Bobsleigh race at the 2010 Vancouver Winter Olympics on February 23, 2010