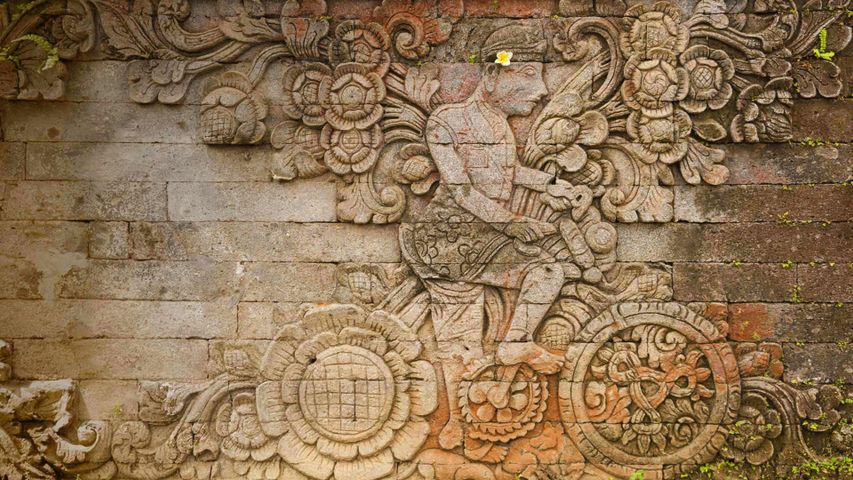 It's Bike to Work Day. Work out on your way to work

The third Friday in May is Bike to Work Day, which encourages commuters to try biking as a healthy and safe alternative to driving. The carving we're looking at is in Bali, Indonesia. It depicts W.O.J. Nieuwenkamp, a Dutch landscape and portrait artist who rode his bike around Bali in the early 1900s, painting as he went - essentially biking to work each day. Nieuwenkamp was the first European artist to visit Bali and was influential in introducing Balinese art to Europe. The carving is part of the Pura Meduwe Karang, one of the largest temples in Bali. The temple served as an entrance to the island in the early 20th century and contains several symbols of international influence to reflect that.