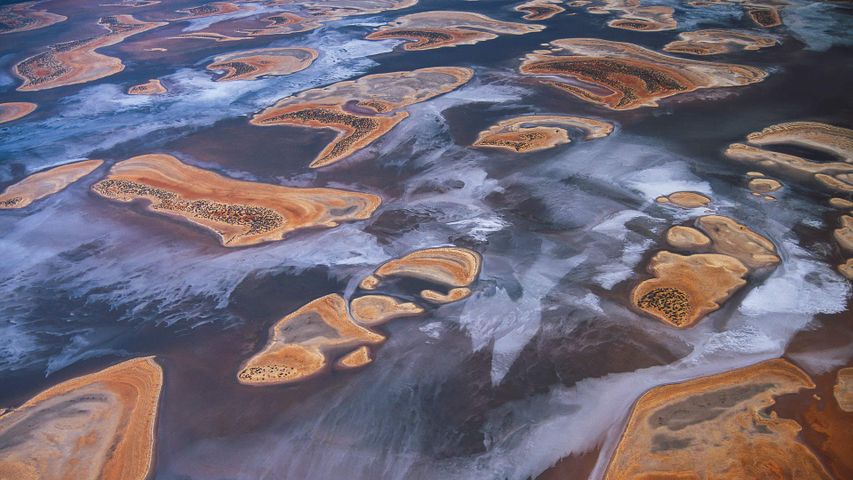 One for the bucket list. A local lake with a salty twist

We know what you’re thinking: that’s one astral-looking lake. But then again, Lake Eyre (known officially as Kati Thanda-Lake Eyre) is far from your typical swim spot. Formed around 200 million years ago, it’s Australia’s largest salt lake, covering an area that is 144km long, 77km wide, and 15.2 metres below sea level - making it the lowest point in the Australian continent.When water is plentiful, Lake Eyre acts as a breeding site for animals capable of handling the increased levels of salinity, including waterbirds like pelicans, silver gulls and red-necked avocets. As water begins to evaporate, on the other hand, the lake slowly crystallises and adopts a bright pink hue that is the result of a pigment found within a type of salt-loving algae. When the water is especially low, you’ll need to hop on a plane to gain the best views, and who can say no to a little airborne adventure?