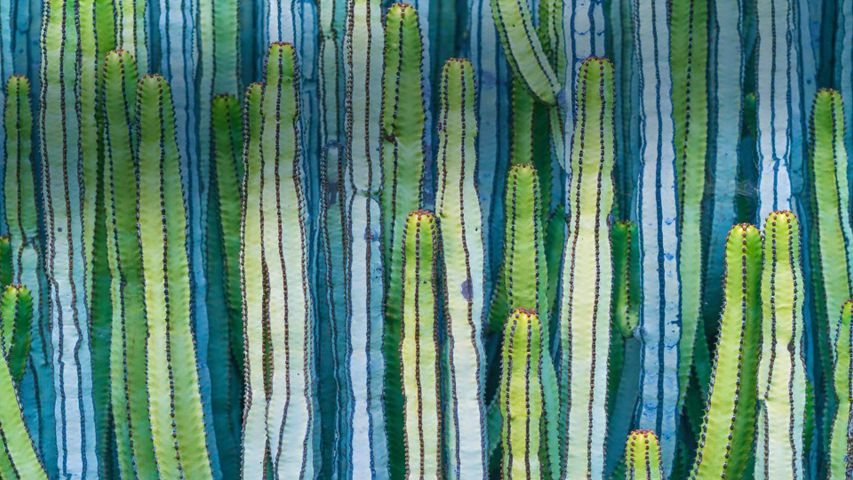 In the world of cacti, they don’t get any bigger than the cardon. Also known as ‘elephant cactus’, this species can grow upwards of 60 feet and weigh in at over 20 tonnes. Despite the cardon’s massive size, it’s quite sensitive to frost, a trait which limits its range. It's said that when Spanish explorers arrived on the Baja California Peninsula in north-west Mexico, they encountered groves of this cactus covered in thistle. The Spanish word for thistle is 'cardo', hence the name. After dark, when the cardon flowers stretch open, the lesser long-nosed bat comes to feast. It's an important pollinator for many species of night-blooming cacti.

The Angel of the North in Gateshead, Tyne and Wear