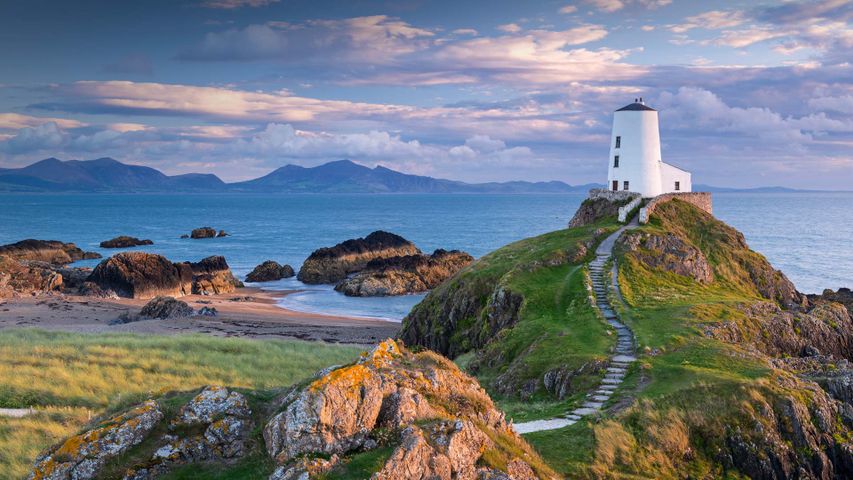 A ‘great tower’ in Wales. Modelled on the windmills of Anglesey

Built around 1845, Tŵr Mawr lighthouse (or 'great tower' in Welsh) stands on the serene Llanddwyn Island off the west coast of Anglesey. The photogenic tower is inspired by the design of Anglesey's windmills. (It's possible that the tower itself was originally used as a windmill.) Over 30 feet tall, it marks the western approach to the Menai Strait, a narrow stretch of shallow tidal water which separates Anglesey from the mainland of Wales. Tŵr Mawr continued as a lighthouse for almost 130 years before ceasing operation in the 1970s, when it was replaced by the adjacent Tŵr Bach ('little tower').