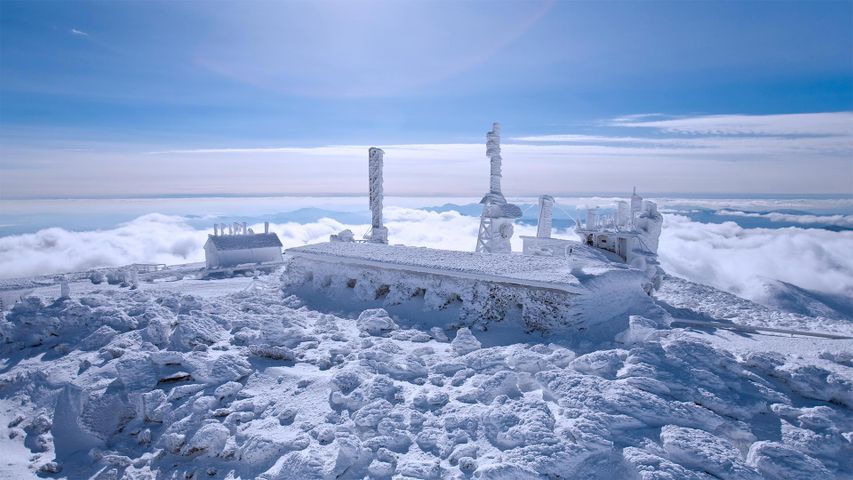 The extreme weather atop New Hampshire’s Mount Washington is a combination of the peak’s almost two-kilometre elevation and its position between three storm fronts from the Atlantic, Gulf regions, and the Pacific Northwest. Our photo today shows the Mount Washington Observatory, a non-profit, publicly funded weather and climate research facility at the summit. Two crews of scientists alternate living here every other week. For most of the winter, rime ice covers the observatory, as sub-zero water droplets instantly freeze on contact with the building façade. Not only is it cold up here; the winds can be ferocious. It was on this day in 1934 that instruments at the observatory clocked a wind speed of 371 kilometres per hour. That was the fastest recorded wind speed in the world, until the record was broken in 1996 by Cyclone Olivia on Barrow Island, off the coast of Western Australia.