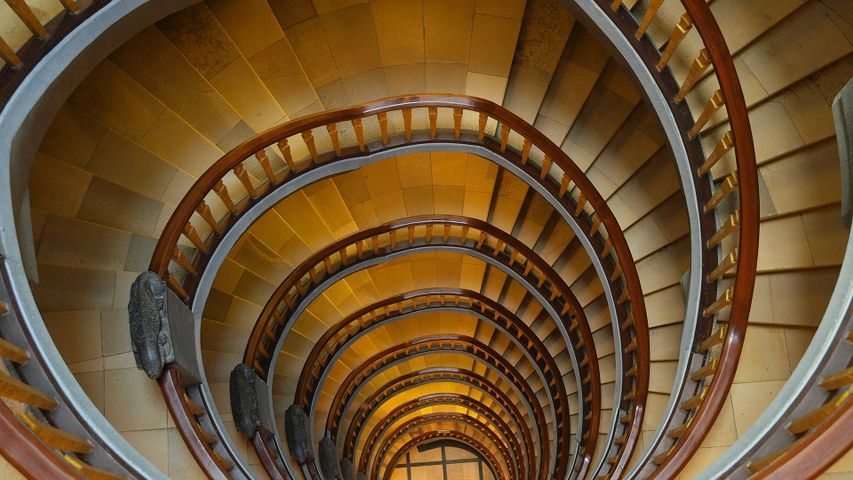 Mind the step. Step inside this spiral

The spiral staircase became increasingly popular during the Middle Ages, when it was designed as a clever defence mechanism in medieval castles. Spiralling upwards in a clockwise direction, the winding stairway hampered attacking swordsmen, who were most often right-handed, giving the advantage to the defenders coming down the stairs, as they had more room to swing their swords and their bodies were less exposed. The narrow stairway also meant rushing attackers could only climb one after the other, while some steps were made uneven, causing them to trip. The staircase on our homepage probably hasn't seen any swashbuckling action, but it is a beautiful spiral, situated in an office building in Hamburg's Kontorhaus district.