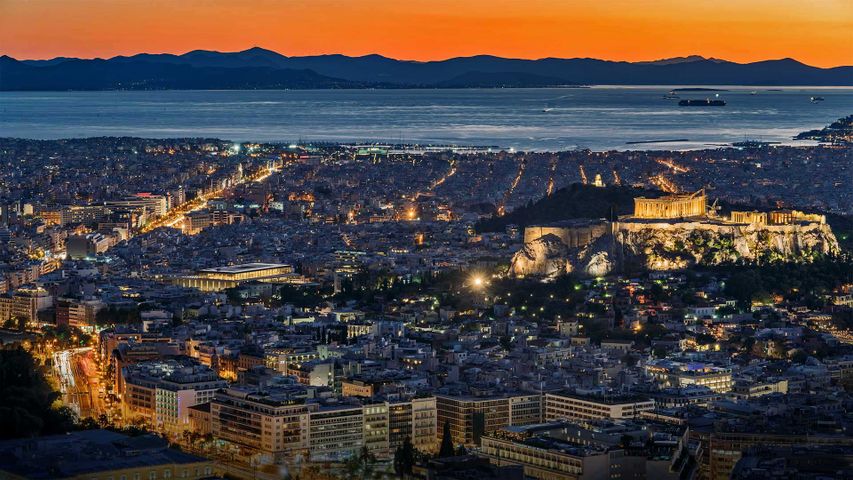 For Greek Independence Day, we’ve got a sprawling view of Athens, one of the oldest cities in the world and considered the birthplace of democracy, Western philosophy, and the Olympic Games, among other foundational achievements. While Athens has been inhabited for thousands of years, it became the capital of Greece after the country gained independence from the Ottoman Empire in the Greek War of Independence, which started in 1821 and lasted until 1829. Back then, the city was home to about 4,000 people. Today, more than 600,000 people live in Athens, with nearly 4 million in the metro area. Independence Day celebrations in the city start on March 24 with the annual students' parade and continue the following day with a grand parade that features marching bands and a procession of military vehicles.