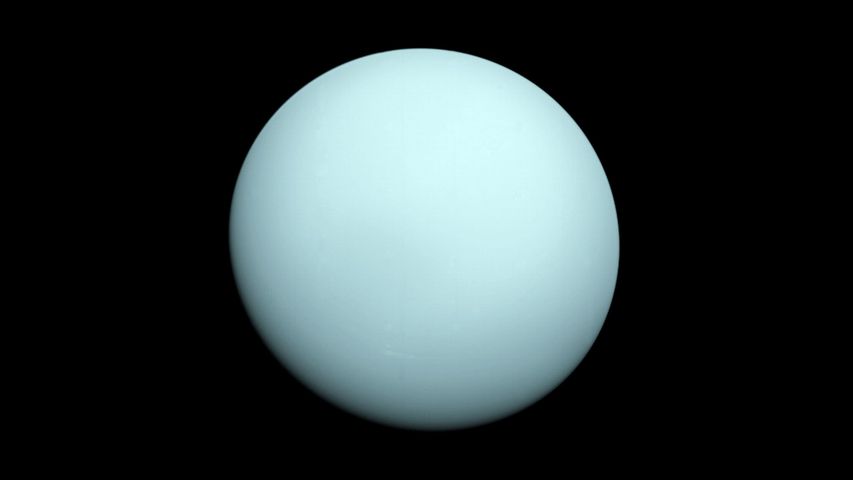 Uranus was named after the Greek god of the sky—but has become the 'butt' of many middle-school jokes. (Sorry, we couldn’t resist.) The planet is, along with Neptune, considered an ‘ice giant,’ with an unusual number of ‘ices’ in its atmosphere, including frozen water, methane, and ammonia all hovering above its small, rocky core. Not only is it cold out there, but it’s also a little lonely. Uranus can’t support life as we know it, and the unmanned space probe Voyager 2, which took this photo, is so far the only spacecraft to fly by.

Three stupa with Nubra Valley in the background in Ladakh, India