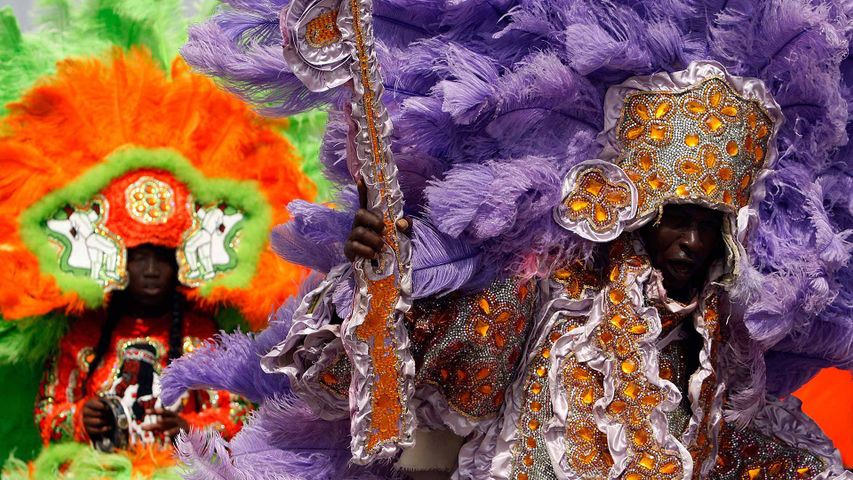 Today’s photo shows Mardi Gras Indians parading at the New Orleans Jazz and Heritage Festival, which generally happens in April or May. But the big day for all the Mardi Gras Indians is today, Fat Tuesday itself. Members of the various ‘tribes’ of Mardi Gras Indians in New Orleans are African Americans who wear costumes influenced by Native American ceremonial apparel. It’s considered a show of respect to the Indian tribes who, for centuries, took in slaves fleeing bondage in Louisiana. The origins of the tradition are unclear, but Mardi Gras Indians have been performing on the streets of New Orleans since at least the 1880s.

Typically, tribes are secretive about their parade routes, and some tribes determine their routes at the last minute, when the Big Chief of a given tribe decides which where to go and which other tribes to engage with - and which to spurn. But a few tribes do publicise their performances in the weeks and days leading up to Mardi Gras.