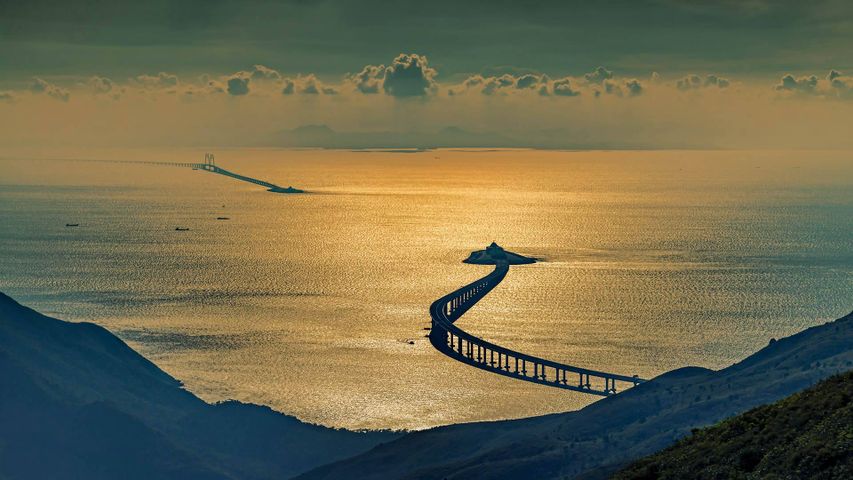 This ambitious construction project in China connects three major cities (Hong Kong, Macau and Zhuhai) on the Pearl River Delta. The Hong Kong-Zhuhai-Macau Bridge (HZMB) includes three cable bridges and a tunnel – similar to the Channel Tunnel between England and France – that takes commuters below the delta’s waters. The HZMB is currently the world’s longest sea-crossing bridge, with a combined length of more than 34 miles. Originally set to open in 2016, it was finally completed and open to traffic in October 2018. Would you take a ride through the tunnel under the waters of the Pearl River Delta?