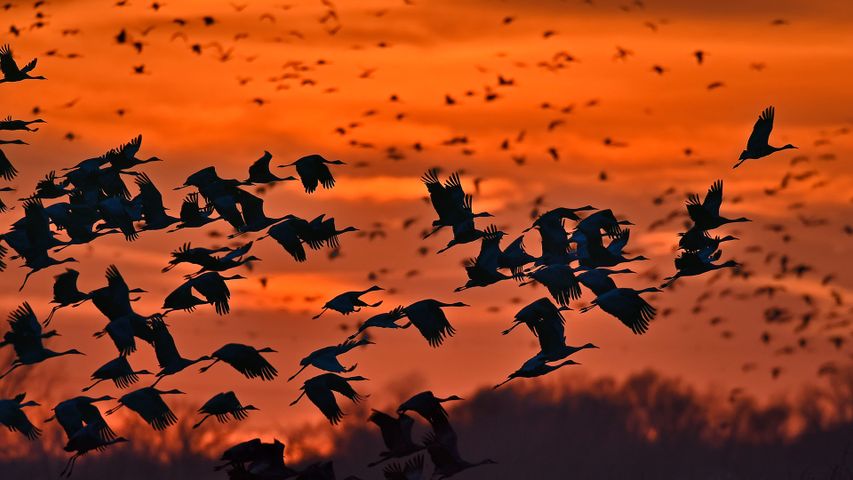 Every year, from February to April, 80 percent of North America’s sandhill crane population stops in Nebraska to eat and rest before finishing their lengthy migration to the northern reaches of Canada, Alaska, and even Siberia. Tourists flock (sorry) to towns such as Kearney, Nebraska, seen in our photo today, to watch this spectacle take place. Some half a million cranes stop to wade through the shallow braids of the North Platte River in the valley here, feasting on crop residue from the many corn and grain fields in the area.