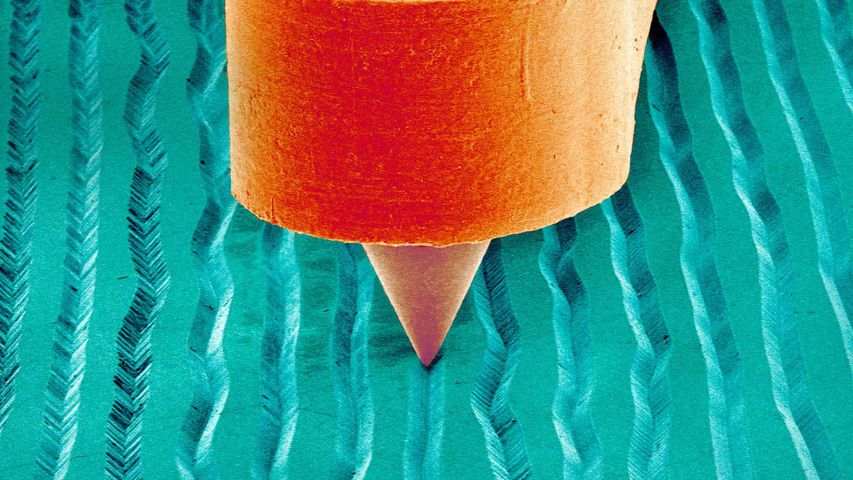 Our photo today shows a colourized scanning electron microscope image of a phonograph needle in the groove of a vinyl record. The texture along the walls of the spiral groove replicate the soundwaves as they were recorded, thus making a reproduction of sound that can be played over and over. Why are we travelling into the microscopic world of analog sound reproduction? Because tonight, lucky artists nominated by The Recording Academy will win Grammy awards—with a trophy depicting the early record player, a phonograph, later known as a gramophone, which inspired the nickname of the award.