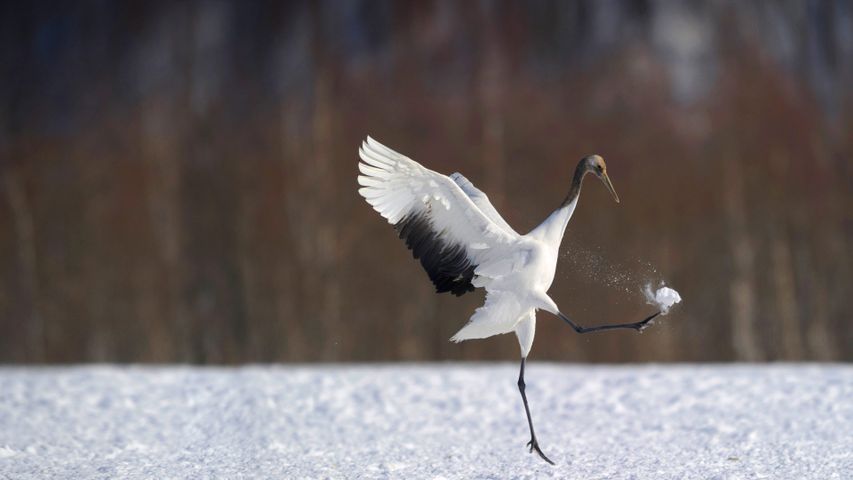 It's kickoff time. A crane for good luck in big games of the season

It’s Super Bowl Sunday in the US, and this Japanese crane looks like it’s getting into the spirit of things. Also known as the red-crowned crane, the species is among the rarest cranes in the world. It’s known in some cultures as a symbol of luck and longevity, making it an ideal football mascot. Other animals that have served as good luck symbols around the world include the pig, the mandarin duck, and the albatross. In India cows, monkeys, snakes and elephants have special mythological reverence.