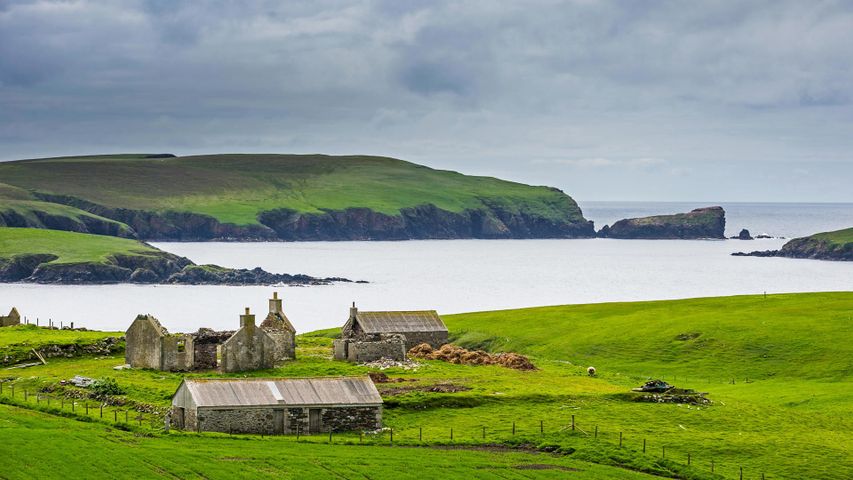 Shetland marks the end of Yule. A Shetland tradition

Should you find yourself in Lerwick on the last Tuesday of January, you’ll witness a celebration to mark the end of Yule called ‘Up Helly Aa’. Here on the Shetland Islands, the cultural influence of the Vikings is still felt. And when the Yule season comes to a close, many Shetlanders dress up like Vikings – a tradition called ‘guizing’, short for ‘disguise’ – and march the streets of Lerwick in a parade of song, comedic performance and ultimately a torchlight procession that ends with the torches setting a fake Viking galley ship ablaze. The name ‘Up Helly Aa’ is roughly translated as Up Holy All, an invitation for all to rise and join in the holiday revelry.