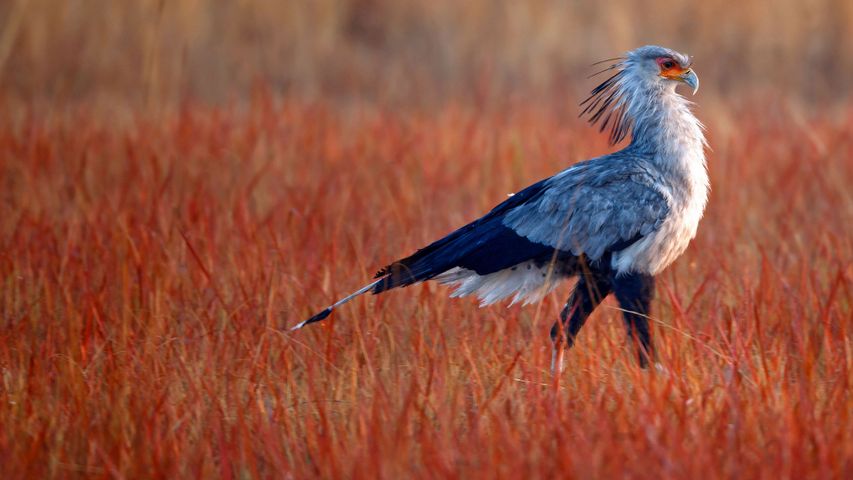 Meet the secretarybird, but don’t be fooled by its administrative name. This four-foot-tall bird of prey is a force to be reckoned with. The South African species is known for its eagle-like body and powerful, crane-like legs, which it uses to stamp on its prey until it can be swallowed whole. Research has shown that the secretarybird can stamp with a force of up to five times its own weight. The fierce bird gets its name from its unique headgear – the black feathers that protrude from its head are said to resemble old-fashioned quill pens stuck behind a writer or secretary’s ear. If anyone has the confidence to pull off this look, it’s the secretarybird.