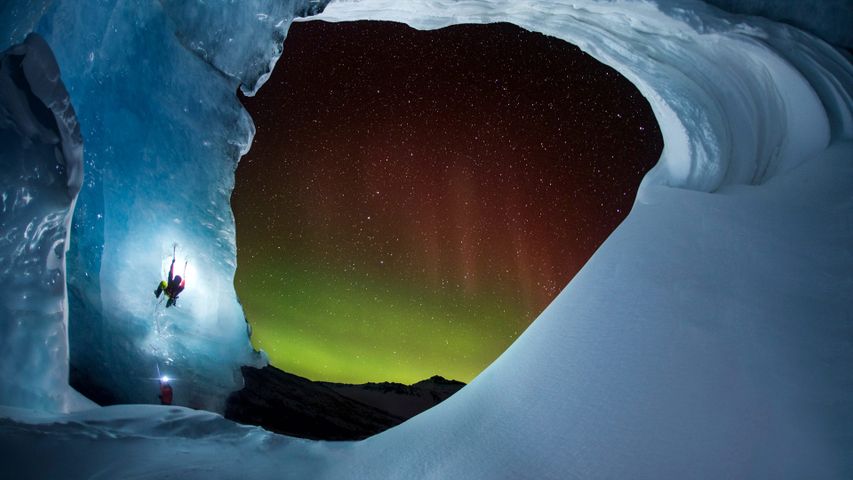 Ice climbing at the Athabasca. Up on the glacier

The Athabasca is the most-visited glacier in North America. Located in Canada’s Jasper National Park, it’s one of the six ‘toes’ of the Columbia Icefield, a natural feature of the Canadian Rockies. The Athabasca has receded by nearly a mile in the past 125 years, losing about 16 feet of ice each year. And that's not all that's moving in the Columbia Icefield—there's also an icefall that travels downslope (the way a waterfall would) between 50 and 400 feet per year.