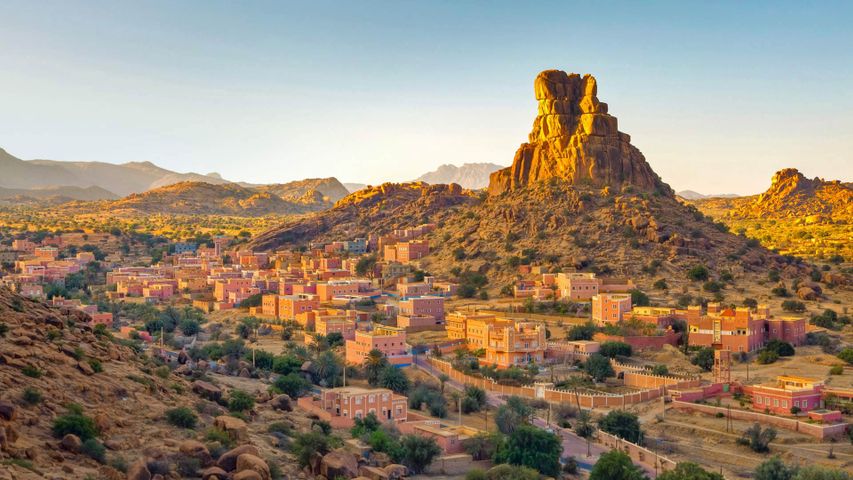 The nearly hidden valley town called Tafraout (sometimes spelled Tafraoute) and smaller settlement, Aguerd Oudad, are surrounded by the red hills of the Anti-Atlas Mountains, far from the larger cities in Morocco. The area is frequently visited by climbers who come to scale the nearby peaks, like this one, called Napoleon’s Hat (it’s thought to resemble the bicorne hat that Napoleon Bonaparte memorably wore sideways). The town is remote enough that tourists must make an effort to get there, but as many travel writers note, it’s well worth it. The villagers here lead a quieter, slower-paced life than those in Morocco’s bustling urban centers such as Marrakesh.