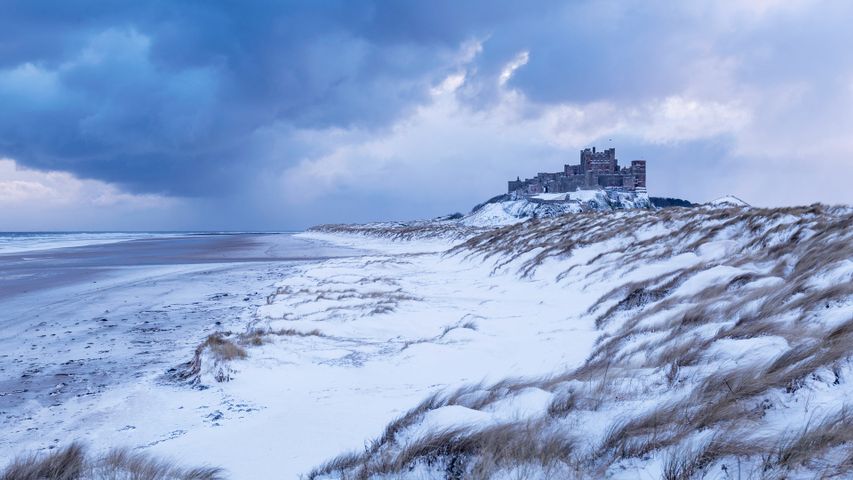 Castle with a sea view. A spectacular coastal castle

Perched on a rocky plateau on the Northumbrian coastline is one of the largest inhabited castles in England. Bamburgh Castle stretches across nine acres of land and offers breathtaking views across the North Sea to the Farne Islands. Once the royal seat of the Kings of Northumbria, the castle we see today was almost completely rebuilt in the 19th century, but it boasts a much longer history dating back to the Anglo-Saxon period. There has been a castle standing guard here since the 6th century, although the original fortification was destroyed by the Vikings in 993 before a new castle was built on the site by the Normans. In 1464 during the War of the Roses, it became the first English castle to be defeated by artillery. It has been restored in recent centuries and is open all year round to visitors, who can explore 14 rooms and discover over 3,000 artifacts on display.