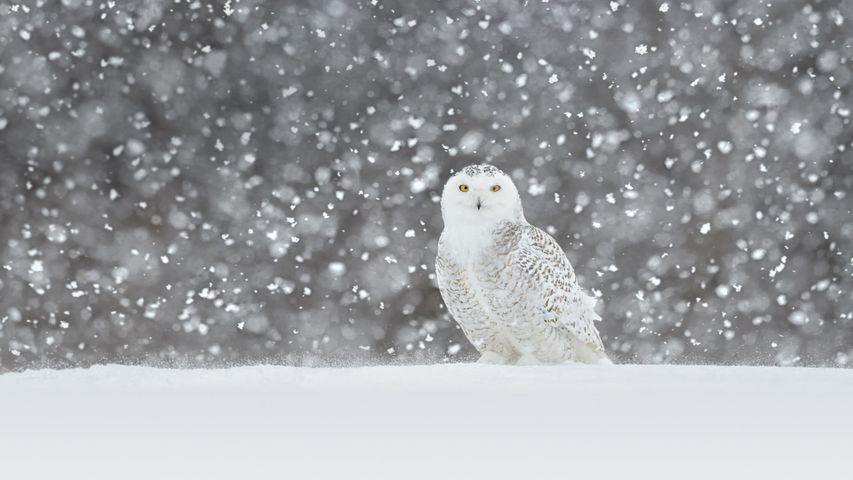 Owl by myself. An avian predator built for the snow

This striking snowy owl makes its home in the Arctic tundra, but the species is known to migrate as far south as the norther part of the contiguous United States in search of food. If you’re in snowy owl territory, keep a lookout for its signature wintry white plumage. While male snowy owls are almost entirely white, females and young owlets have these patterns of black feathers among the snow-white plumage. All snowy owls have distinct golden eyes, and like other owls, they can rotate their heads about 270 degrees.