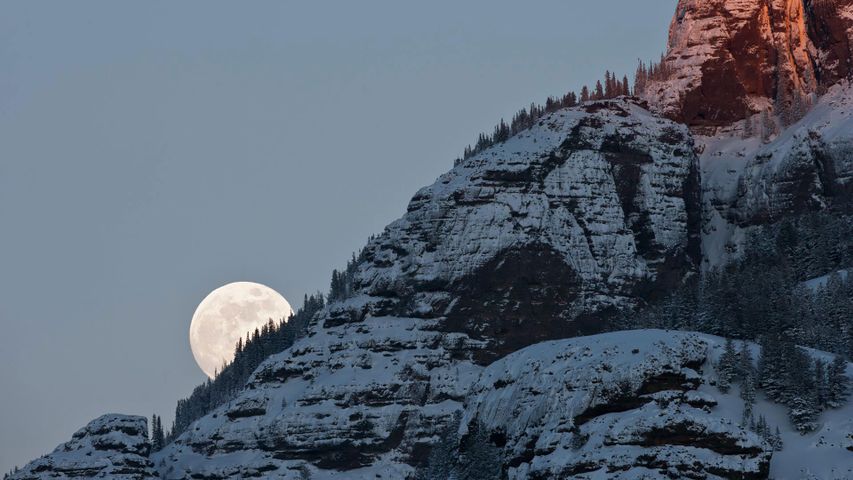 Before the solar calendar was adopted, many cultures looked to the moon to help track the months and seasons—and they adopted special names for full moons throughout the year. That’s why, in the Northern Hemisphere, a full moon that appears in December is known as the Cold Moon, a nod to the chilly temperatures of winter. Some American Indian tribes called it the Long Night Moon, as it occurs near the winter solstice, and in other cultures it’s known as an Oak Moon. In India, the phases of the moon are used to calculate the dates of both Islamic and Hindu rituals. This specific Cold Moon was photographed over The Thunderer Mountain in Yellowstone National Park, in Wyoming, United States.