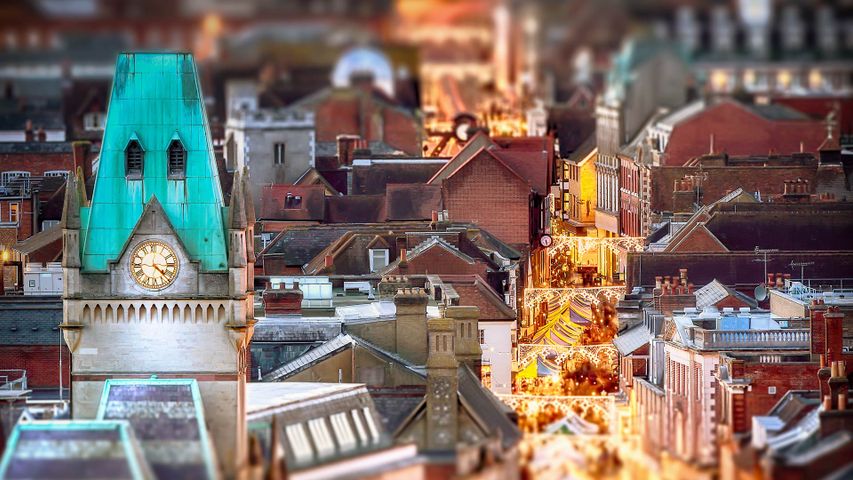 Welcome to Winchester, England's ancient capital and former seat of King Alfred the Great. This beautiful medieval city, on the edge of the rolling South Downs National Park, is steeped in history and popular for its winding shopping streets and spectacular architecture. It is home to the stunning 13th-century Great Hall, which houses a famous replica of King Arthur's Round Table, and one of Europe's largest cathedrals, where the great novelist Jane Austen was buried in 1817. At this time of year, the city is bursting with festive cheer. Set in the shadow of the picturesque cathedral, Winchester boasts one of the UK's best Christmas markets, which attracts close to half a million visitors each year.