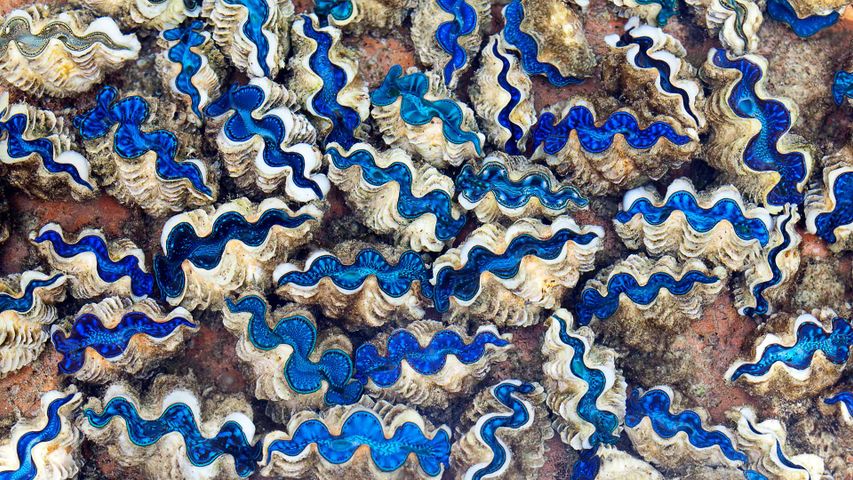 Feeling a little clammy?. Sea clams by the sea shore

As Australians, most of us know the blue beauties featured in today’s image as bivalve molluscs, despite being known more commonly outside our shores as clams. The name stems from the creature’s double-hinged shell, which can be shut tightly in order to avoid becoming a tasty treat for nearby predators. These saltwater clams spend their lives on Cocos (Keeling) Islands – a territory of Australia comprised of twenty-seven tiny coral island and located between Australia and Sri Lanka. The island is so small, in fact, that 2016 Census data had the total population at 544 people, with 153 families. Sounds like there’s plenty of clams to go around!