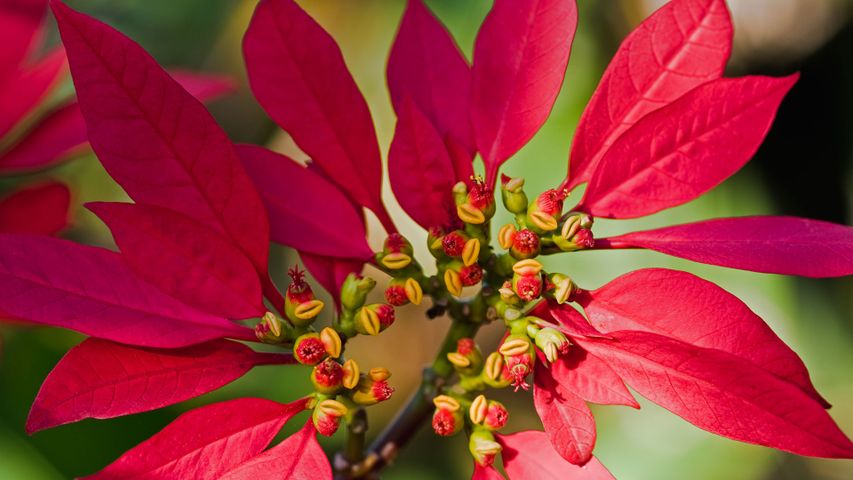 Winter blooms. The story of the poinsettia

The winter holidays are the poinsettia’s time to shine. Today, National Poinsettia Day, marks the anniversary of the death of Joel Roberts Poinsett, the physician and botanist who first introduced the colorful plant to the United States in the late 1820s. He discovered the plant while he was serving as the first US ambassador to Mexico, the plant’s native country, where Aztecs once used it to produce red dye. According to legend, the poinsettia’s association with Christmas began in 16th-century Mexico, where a little girl—too poor to buy a gift—gathered weeds from the roadside and placed them in front of a church altar. They eventually produced lovely red leaves alongside the green ones, and the poinsettia plant was on its way to becoming a Christmas tradition.