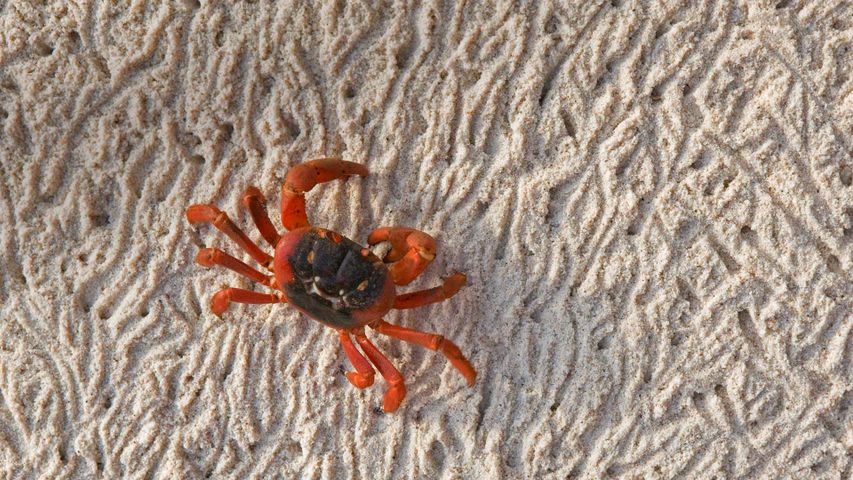 It’s estimated that some 40 million of these bright, red crabs live on Christmas Island, a territory of Australia located in the Indian Ocean. It’s warm there this time of year, and these crabs are migrating to the sea, where they will mate and spawn. The event is quite a spectacle – onlookers will see rivers of crabs, thousands of them climbing over fences and crossing roads on their journey, which attracts tourists to the remote destination. This isle itself was named by English sea captain William Mynors, who discovered the destination on Christmas Day of 1643.