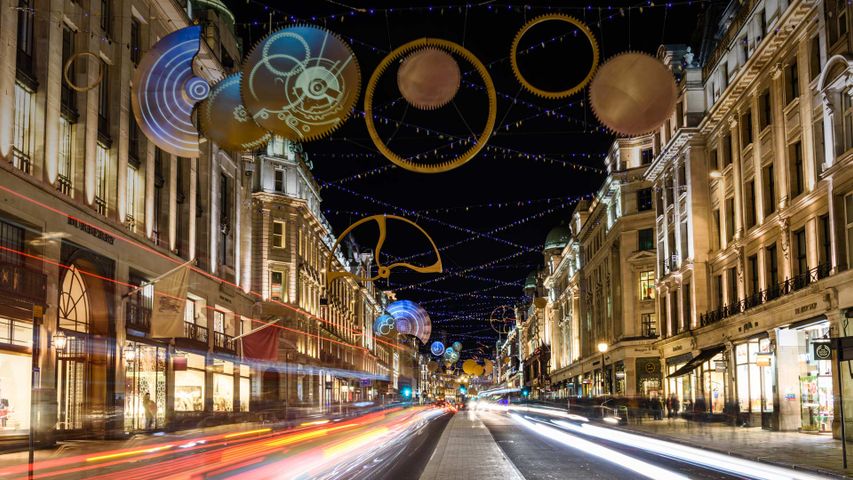 Lighting up London. From ‘drab’ to fab

It's the most wonderful time of the year on Regent Street, renowned for its dazzling display of lights during the festive season. The tradition began in 1954, prompted by an article in The Daily Telegraph which criticised London for looking 'drab' at Christmas. This sparked the retailers and businesses that made up the Regent Street Association into action, as the street became the first central London location to introduce Christmas lights. Due to a recession, the display took a break for several years in the 1970s, but the lights have been switched on for every Christmas since 1978. The lights in our photo, inspired by the heritage of watchmaking on the street, were put up in 2015.