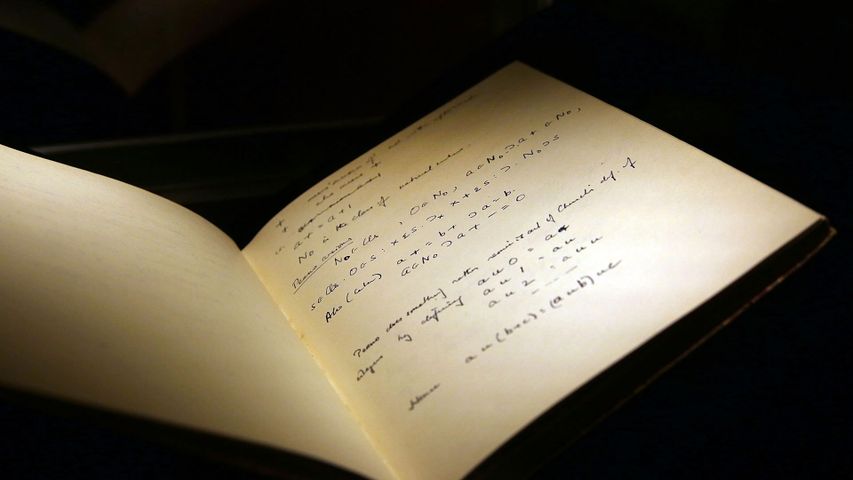 Computer Science Education Week begins today, and because the field can seem daunting to the uninitiated, we’re showing a very relatable document that humanizes the work behind computer science. The notebook in this photo contains equations and ideas crafted by Alan Turing, the British mathematician and early computer scientist who helped the Allies win World War II when he cracked the code of Nazi Germany’s Enigma machine. In 2015, Turing’s notebook, written while he was working on the Enigma code, was sold at auction for more than $1 million.