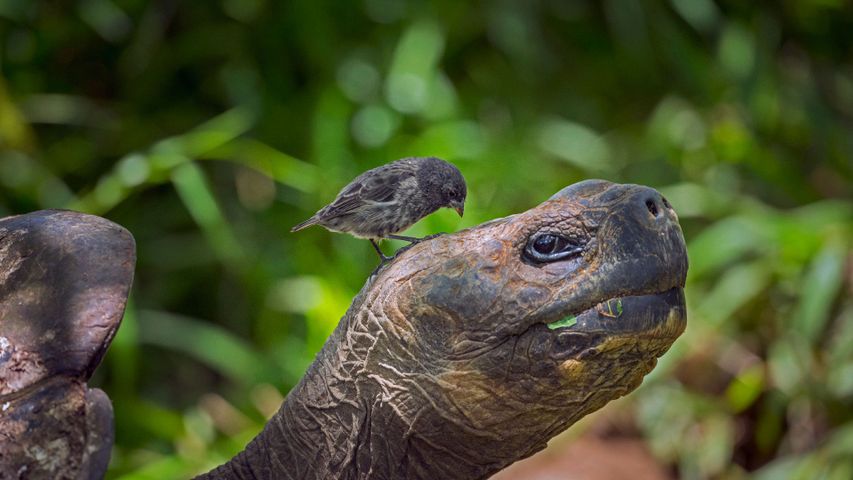 That’s a type of Darwin’s finch that’s perched atop a giant tortoise on Isabela Island, the largest of the Galápagos Islands. The Galápagos form an archipelago more than 800 kilometres off the west coast of the South American mainland, and the islands are home to many species found nowhere else on earth. The bird is named, of course, for Charles Darwin, the naturalist who traveled here in 1831. His observations of several finch species and other wildlife endemic to the Galápagos contributed to his theory of natural selection, which he documented in ‘On the Origin of Species,’ a book that’s considered a cornerstone of biology. It was first published on this day in 1859.

A cypress in the Atchafalaya Basin, Louisiana, USA