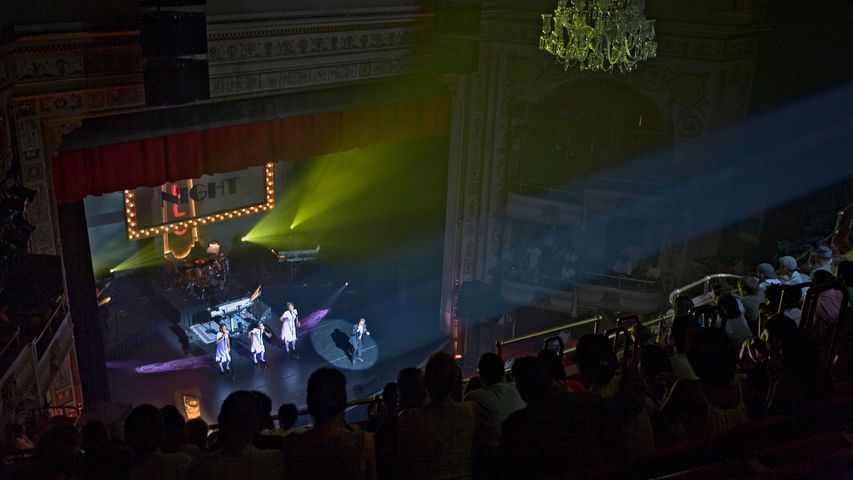 Showtime at the Apollo. A showcase for future fame

The now legendary Apollo Theater first opened in 1914 as Hurtig & Seamon's New Burlesque Theater. It became the Apollo in 1934, when it was opened to black patrons, who by then had transformed Harlem into a thriving center of African American culture. Amateur Night at the theater began the first year the Apollo opened, and it’s been a defining part of the Apollo experience ever since. Amateur Night has also been instrumental in launching the show business careers of numerous stars, including Jimi Hendrix, and on this day in 1934, a teenage Ella Fitzgerald, who won the amateur contest, starting her down a path toward becoming one of the most iconic singing voices of the 20th century. Tonight, the Apollo is hosting its Grand Finale for the 2018 Amateur Night season. Perhaps somebody taking the stage tonight will go on to greater fame?

Gathering of people during Holi