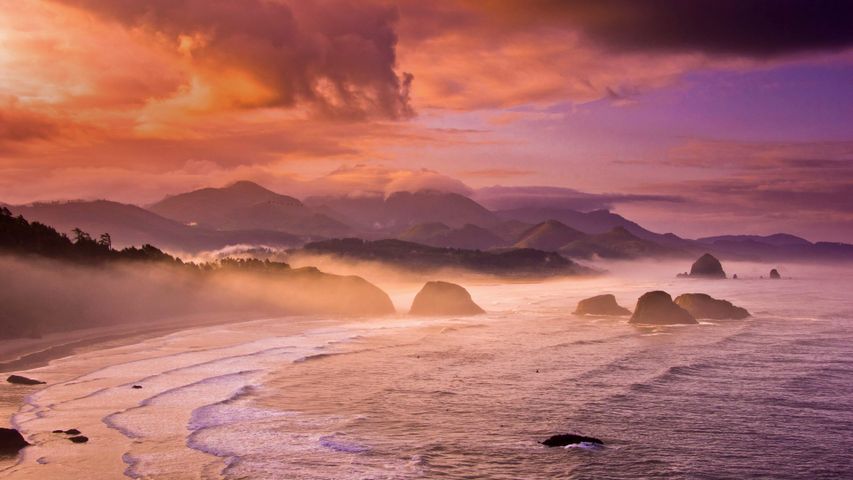 A milestone in American exploration. ‘Ocian in view! O! The joy.’

At Ecola State Park, a part of the Lewis and Clark National and State Historical Parks, you can walk in the steps of Merriweather Lewis and Lewis Clark, who arrived at the Pacific in mid-November in 1805. It was 1 year, 6 months, and a day after leaving St. Louis, Missouri with the Corps of Discovery on their mission to explore the Pacific Northwest. Upon seeing the ocean, Clark wrote in his journal: ‘Ocian in view! O! The joy.’ Shortly after arriving on the west coast, the expedition voted to spend the winter near present day Astoria, where they constructed Fort Clatsop. These historic locations remain popular attractions for visitors to the scenic Oregon coast.