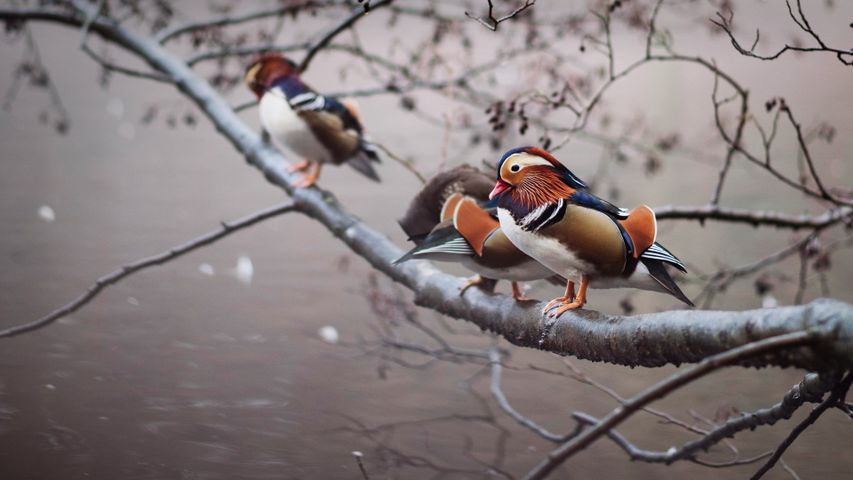 As its name suggests, the mandarin duck comes from the Far East and is arguably the most beautiful duck in the world. The ornate waterfowl was first introduced to the UK from China in the 18th century and became established following escapes from captivity. (The current British population is estimated to be at least 7,000 birds.) You may have to look up to spot them, though, as the perching ducks frequently nest in holes in trees, sometimes high above the water. Our little buddy brightening up the homepage today is a male mandarin. How do we know this? Because male mandarins have elaborate plumage with fanciful whiskers and orange 'sails', whereas females are less colourful and dull in comparison, with grey heads and brown backs.