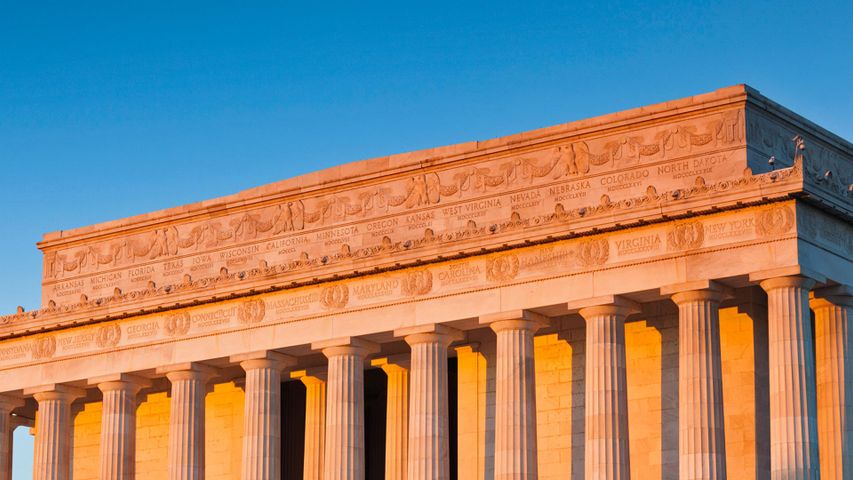 Sunlight on the Lincoln Memorial highlights not just the ornate detail of the monument, but the variety of material used to construct it. Architect Henry Bacon made sure to use granite, marble, and limestone sourced from states throughout the country. At the time of Lincoln’s presidency, there were only 36 states in the Union, so all 36 of those states’ names are what’s carved into the frieze directly above the columns. Above the lower frieze is an attic frieze on which are inscribed the names of all 48 states that were present at the time of the memorial's dedication in 1922. Now that we’ve given you a little bump of patriotic pride, remember that it’s Election Day. Did you vote?