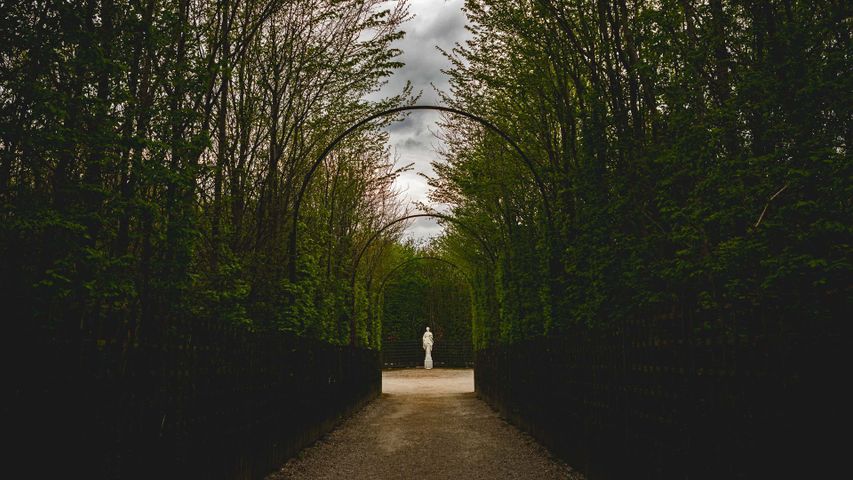 That’s not a ghost in our homepage picture; it’s just a statue (at least, we think it is). But it’s easy to imagine ghosts wandering the vast gardens here at the Palace of Versailles, about 12 miles outside of Paris. One ghost in particular has a reputation for showing herself. In 1901, on a sultry August afternoon, two visitors claim to have witnessed the gardens magically transform to their 18-century grandeur. Then, they say, they encountered the ghost of Marie Antoinette, whom they spotted calmly lounging and drawing in her sketchbook. The queen of course was guillotined a century earlier amidst the French Revolution, but the visitors were so convinced of their encounter they documented it in a book. The story was later adapted as an opera, which debuted in 1991.