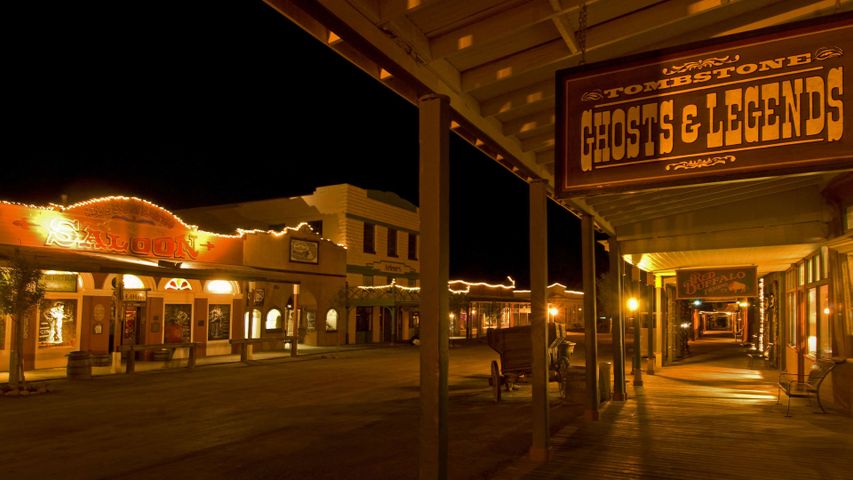 Tombstone, Arizona, on the anniversary of the gunfight at the O.K. Corral

30-second shootout into history. A notorious gunfight that was incorrectly named

The gunfight that occurred here in Tombstone, Arizona, on this day in 1881 has become the stuff of legend. In a 30-second shootout known as the Gunfight at the O.K. Corral, lawmen Virgil Earp, Morgan Earp, Wyatt Earp, and Doc Holliday faced off against a band of outlaws known as the Cochise County Cowboys. Justice was harsh in the Old West. When the dust had settled, three were dead and several others wounded. But most accounts of the event are wrong about one key detail—the location. The shootout actually took place near C. S. Fly’s Photographic Studio, about six doors west of the corral's rear entrance. We suppose ‘Gunfight near C. S. Fly’s’ doesn’t have quite the same ring to it.

The 1903 Wright Flyer, hanging in the Milestones of Flight exhibit at the Smithsonian National Air and Space Museum in Washington, D.C.