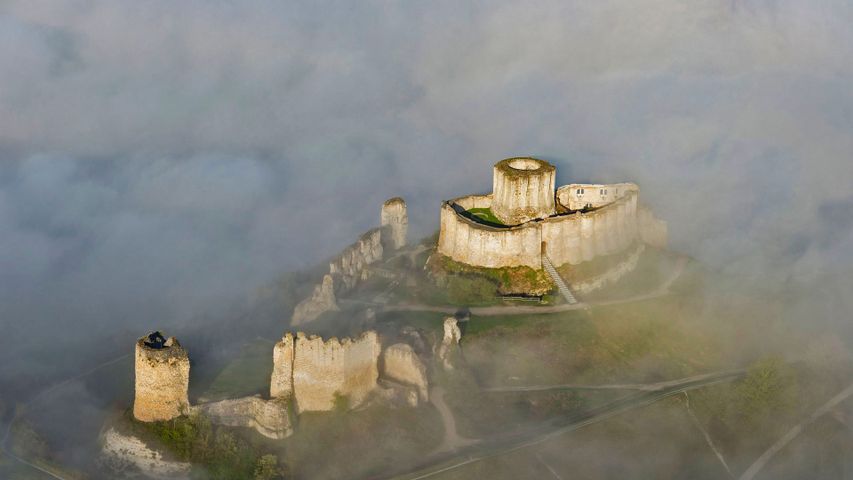 About 40 kilometres southwest of Rouen, on the way to Paris, the ruins of Château Gaillard still stand over the river Seine. King Richard I commissioned the castle in 1196, when England occupied portions of modern-day France. The British and French fought for control of the castle for roughly 400 years—a span including the Hundred Years War—before Henry IV of France ordered it demolished. Today, the outer walls—called baileys—are open to the public year-round, while the inner baileys are open during summer months.

A pumpkin patch in British Columbia