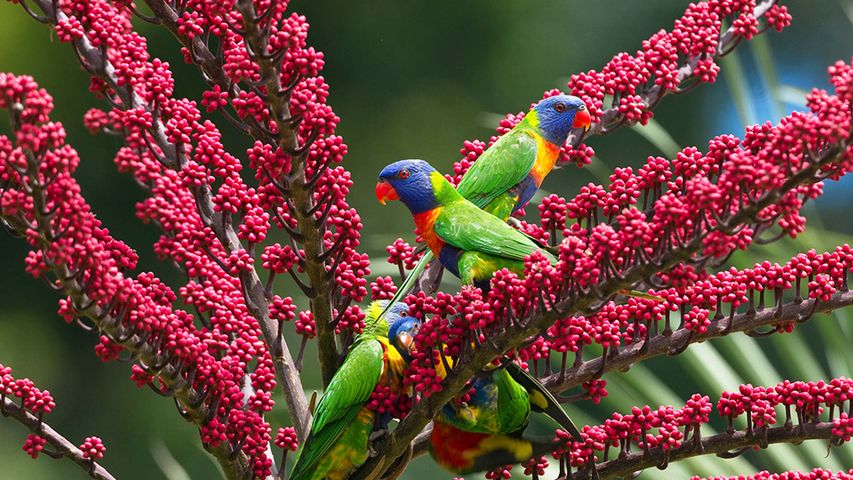 Flying rainbows. Birds of a feather

Most Australians would know the natural beauties featured on today's homepage as rainbow lorikeets, which makes a lot of sense considering their red beak, blue head, orange belly and green back. But did you know the birds are also known as “bush-tongued parrots”? It’s all due to the presence of papilla – tiny little hairs that are perfect for digging out pollen and nectar from flowers. This ability is vital during the mating and breeding season, which begins during the spring in September and ends around December. During this period, the female lorikeet typically nests inside the hollow bark of trees incubating the egg while her mate goes on the hunt in order to keep her well-fed.