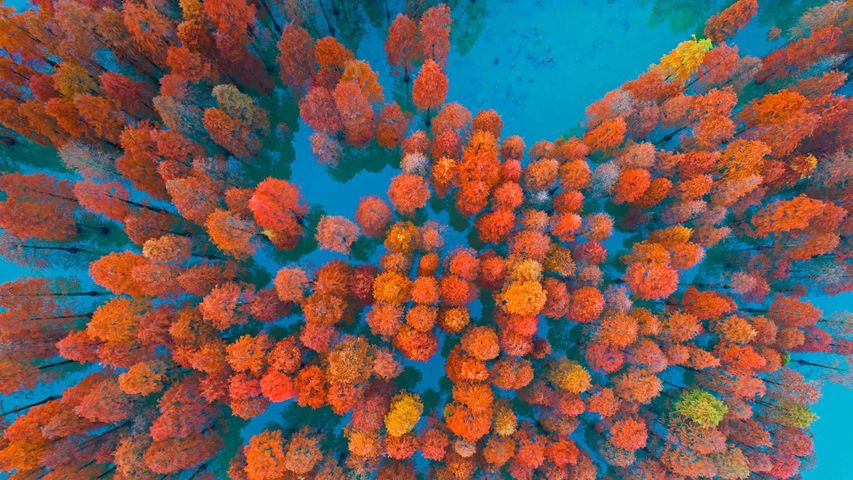 Like most things in nature, the trees featured on today’s homepage are worth a closer look. This species, known as the dawn redwood, was thought to be extinct for hundreds of years. Unlike their redwood relatives on the west coast of North America, this redwood is deciduous; in autumn its needles turn a brilliant orange and then fall to the ground. Dawn redwood fossils are common in the Northern Hemisphere, but for many years, no evidence was known of their existence after the Miocene epoch. That changed in 1944, when a giant dawn redwood was discovered in South Central China. More were found in surrounding lowlands, and today the tree is a popular ornamental in many parts of the world. The trees in our image, from Zhongshan, China, are standing in a shallow lake, which reflects the blue sky above.