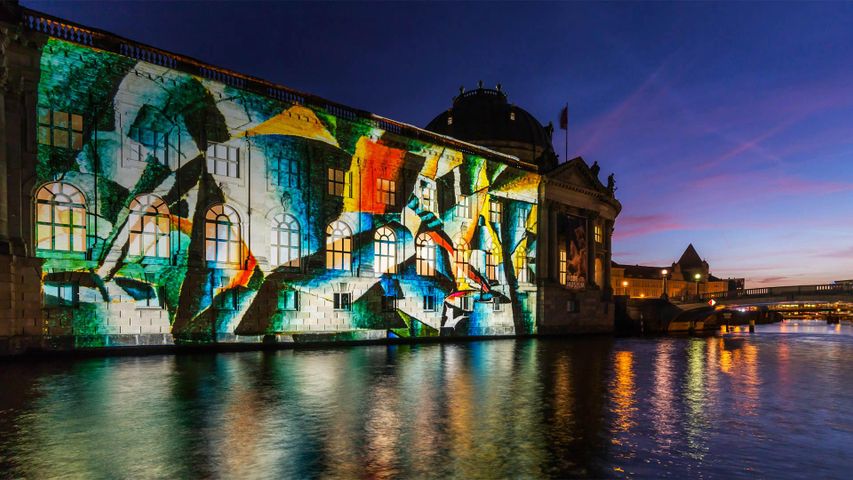 The city is the stage tonight in Berlin, where the Festival of Lights is wrapping up its 10-day run in the German capital. The festival invites artists to illuminate landmarks throughout the city, like the Bode Museum, shown here overlooking the Spree River. The annual event is one of the most famous light festivals in the world, with more than 2 million visitors. Organizers use light, projection, and video art to create their displays, and artists compete in the World Championship for Projection Mapping, in which they project their works on national landmarks like the Berlin TV Tower and Berlin Cathedral.