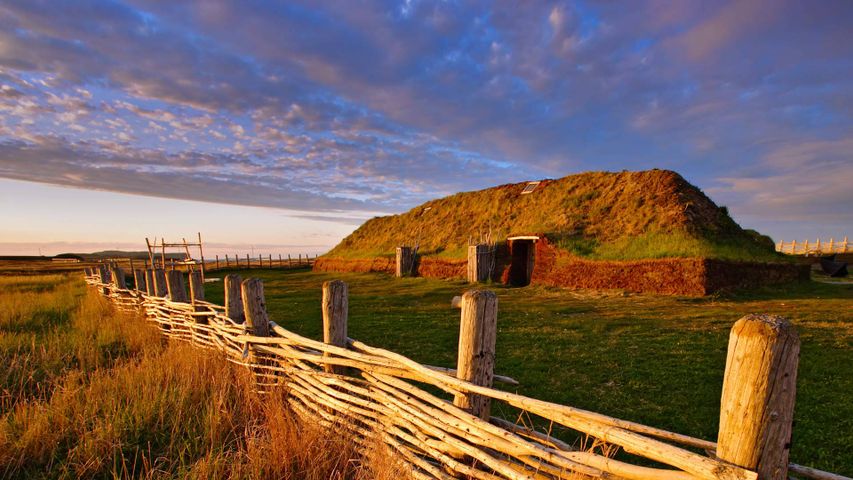 In the footsteps of Vikings. A history of Vinland

It’s Leif Erikson Day, a day to learn about, and marvel at, the story of this Viking explorer, born in Iceland and thought to have set foot on the North American continent a good 500 years before Christopher Columbus. Want proof? Head to Newfoundland, Canada, where today’s photo was taken. Archaeologists discovered the remnants of a Viking outpost on the island’s north coast in 1960. L’Anse aux Meadows, as it’s now known, is a historic site open to the public, and the only solid evidence that Vikings were the first Europeans to land in North America, which they called Vinland.