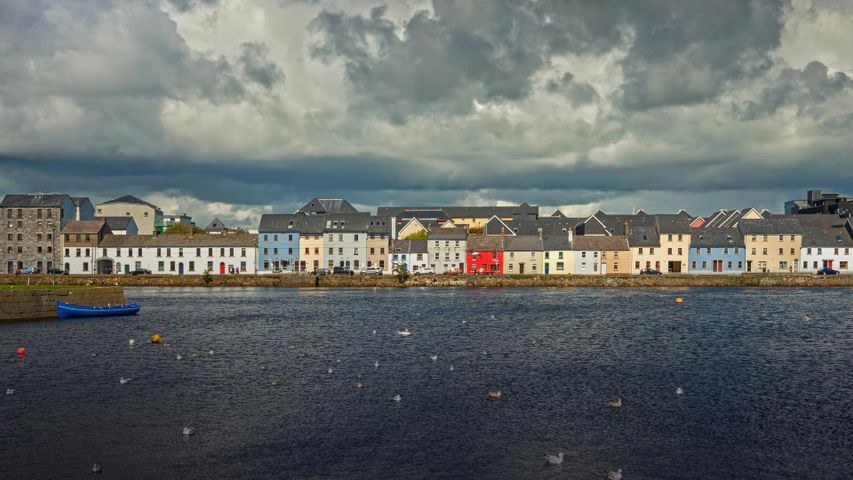 The Long Walk and Galway Harbour in Galway, Ireland. The city's oyster festival is happening now

A pearl on the coast of Ireland. It’s oyster season in Galway

This weekend, oyster fans have poured into the Galway International Oyster and Seafood Festival, an event that claims to be the oldest oyster festival in the world – and the most recognised Irish festival outside of St Patrick’s Day. You can slurp and sample native oysters, which have been growing here for centuries, and also try the Pacific varieties that were brought in during the 1970s. Fans of native Galway oysters tout their meaty texture and subtle flavour. Pairs well with Guinness, we presume.

An aerial view of Daxing International Airport in Beijing, China

Trees covered in moss at Monk’s Dale in the Peak District, Derbyshire