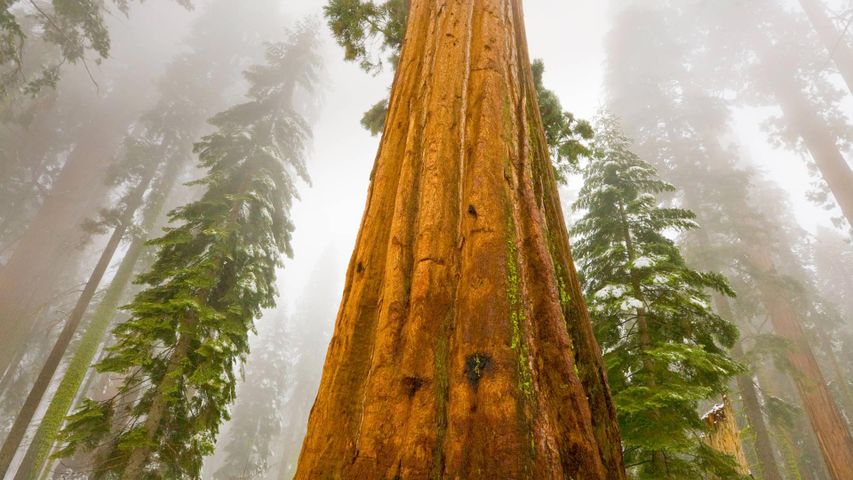 Aging gracefully. Walking among the giants

Sequoia National Park was founded on this day in 1890, and while the park’s 128 years is nothing to sneeze at, some trees in the giant sequoia grove had called this home for thousands of years before they were given the protection of a national park. The Giant Forest in Sequoia National Park is where General Sherman, the largest tree in the world, stands. It is estimated to be 2,300 to 2,700 years old—a silent witness to both natural and human history. By the time Spanish explorer Vasco Núñez de Balboa ‘found’ the Pacific Ocean in 1513, General Sherman had been growing for more than 1,500 years.