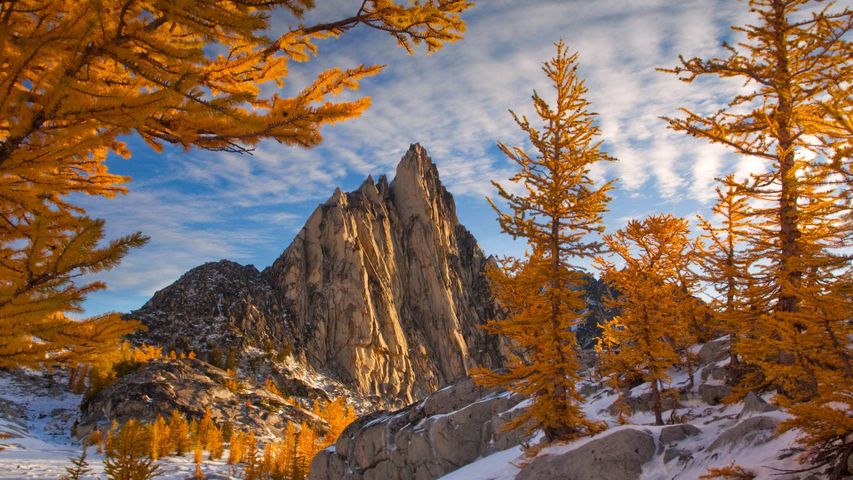 Prusik Peak in the Enchantments Alpine Lakes Wilderness of Washington

Prusik Peak in the Enchantments Alpine Lakes Wilderness of Washington

Prusik Peak is awfully photogenic. That’s quite a feat in the Enchantments, an alpine basin area in the Stuart Range of Washington State. The region is a sub-range of the Cascade mountains, and when European and American explorers began mapping out the region, they gave fairytale-like names to the features of the lower basin (Gnome Tarn, for instance) and Norse mythology names for the upper basin (Valhalla Cirque). Some of those mystical names didn’t stick, but the region is still listed on maps as The Enchantments.