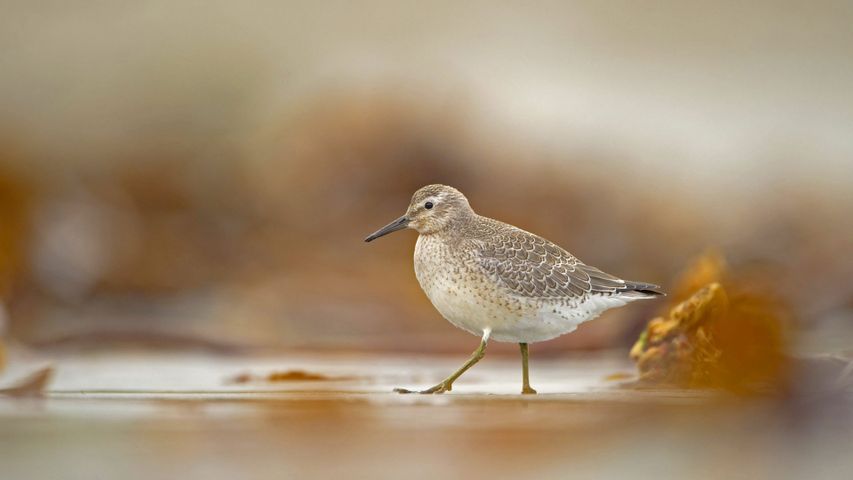 Layover on a 9,000-mile journey. A red knot on the Shetland Islands, Scotland

This little bird with its 20-inch wingspan weighs about as much as a stick of butter, but it has the stamina of an Olympian. Each fall, red knots are known to fly more than 9,000 miles from the Artic to South America–and in the spring, they’ll do the journey in reverse, for a roundtrip of more than 20,000 miles. The most famous red knot, known as ‘Moonbird’, is so named because its migrations have exceeded the distance to the moon. Moonbird was first banded in Rio Grande, Argentina in 1995 and was been sighted many times in the years after–amazing scientists and birders alike.