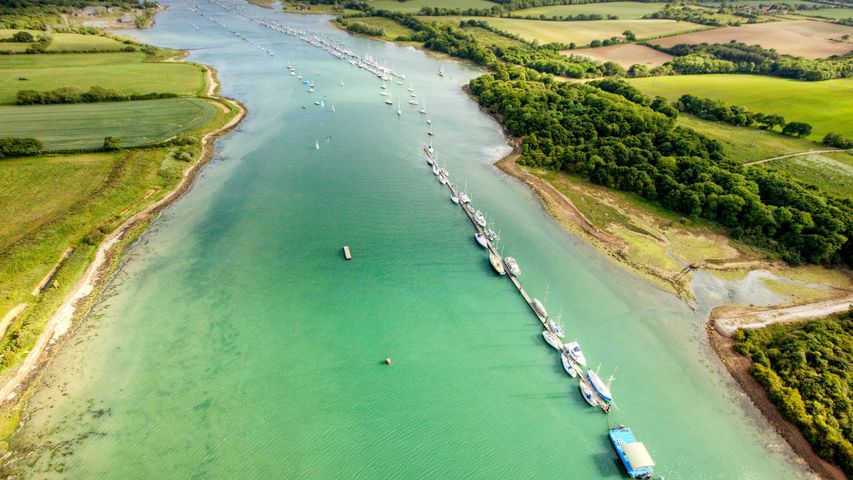 The River Medina on the Isle of Wight

Although not the longest of the trio of rivers situated on the Isle of Wight, the River Medina is considered the island's main river. Medina is the Latinised form of its Saxon name 'Medene' meaning 'middle river', as it nearly splits the Isle of Wight in half, flowing 12 miles northwards through the centre of the island. On its journey, the river passes through the capital Newport towards the twin towns of Cowes and East Cowes (situated on either side of the Medina and connected by a chain ferry), and the Solent, the strait that separates the Isle of Wight from the mainland of England. The river is a renowned yachting location, with Cowes home to one of the oldest and biggest sailing regattas in the world.